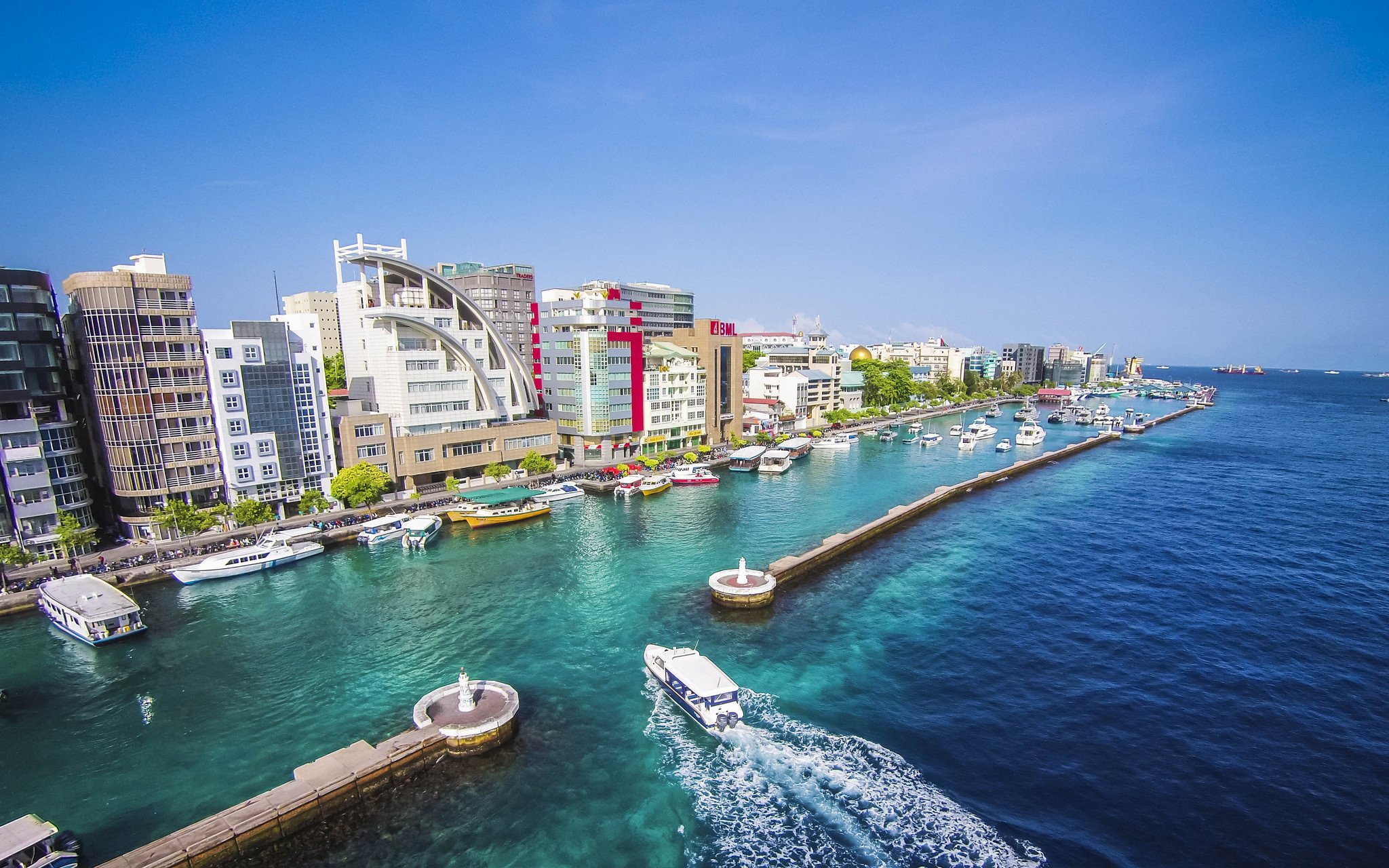 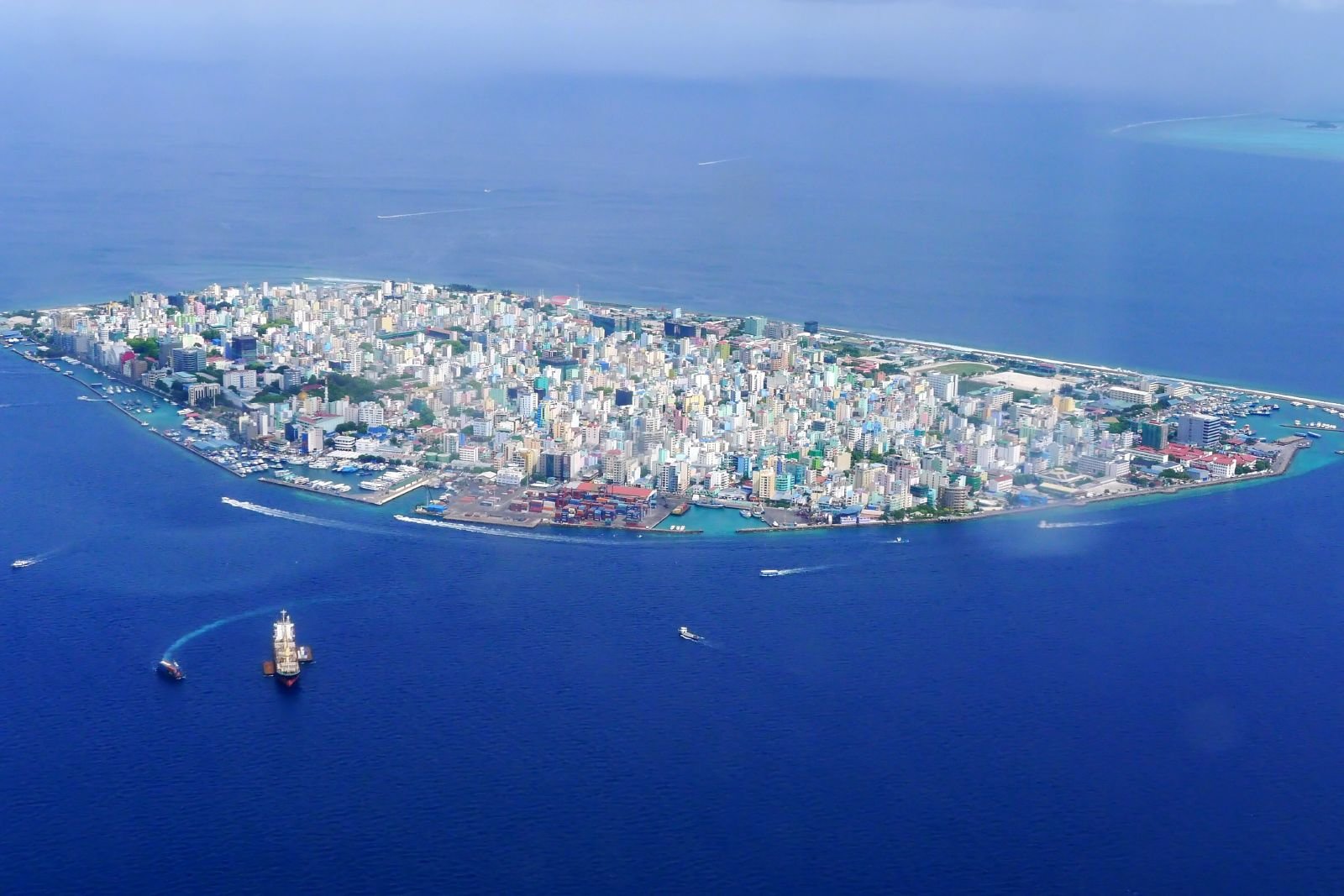 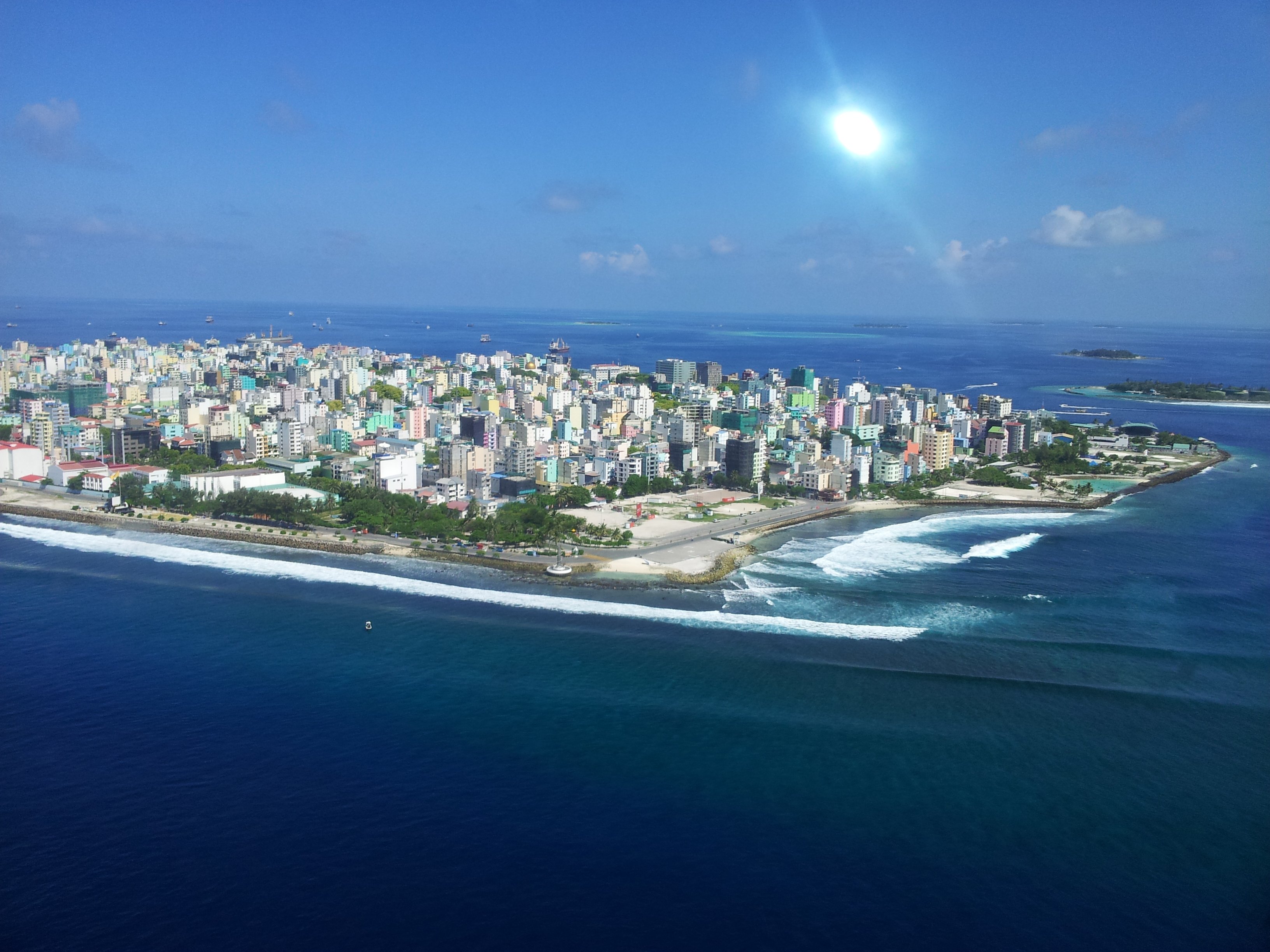 The small-scale capital of the Maldivesis the nation’s beating and trading heart, a densely packed and fascinating place, especially for its stark contrast to the relaxed pace of island life elsewhere in the country. Malè(mar-lay) offers the best chance to see the “real” Maldives away from the resort’s buffet and infinity pool Dominated by tall, brightly coloured buildings and surrounded by incongruously turquoise waters, Malè is a hive of activity, the engine that drives the Maldives economy and the country’s political forum.

Malè is a pleasantly eccentric city where alcohol-free cafés and restaurants mingle with lively shops and markets, places where the general frenzy of the capital of the Maldives reigns.

This island city does not have a huge number of tourist attractions, but it offers a very real opportunity to get an idea of ​​the Maldives and to meet Maldivians. The city has been the seat of the ruling dynasties of the Maldives since before the 12th century, although none have left any grand palaces. A few trading houses appeared in the 17th century, along with a ring of defensive ramparts, but Male did not acquire the size of a city until the mid-20th century.

In fact, visitors in the 1920s estimated the population at only 5,000 people, and much of the island was covered with trees. Despite this, Malè has always been the heart of the nation, which derives from the name “Maldives” from the city. Growth began with the modernization of the 1930s and the first banks, hospitals, high schools, and government offices appeared in the following decades. Only from the 1970s, with the wealth of tourism and an expanding economy, did the city really grow, until the first critical issues occurred. Overcrowding, difficulties with the water supply, traffic jams, and problems with the treatment and disposal of wastewater are all current problems facing the capital. In 2018,Malewas connected by a giant bridge, theChina-Maldives Friendship Bridge, to the airport island and to Hulhumale, thus starting the next chapter in the history of this small island.

Malè is the capital of the Republic of Maldives, it is a city that rises in the central-eastern part of the state, gives its name to one of the main Maldivian atolls, including 29 islands, and presents itself as one of the main destinations for international tourism.

The city of Malè has a population of approximately 81,650 inhabitants and occupies a land area of ​​1.7km², is located near the equator, and is the main economic and commercial port of the state.

Malè was founded during the Portuguese colonization, but became, between the nineteenth and twentieth centuries, a protectorate of the British Empire, the town is divided into four main districts:

-Galohu, which looks like a residential area,
-Maafannu, which is the area where the shipyards and the city port are concentrated,
-Singapore Bazar, the most characteristic area of ​​the city, where there are local craft markets that offer necklaces, masks, T-shirts, and much more,
-Machangolhi, the commercial area.

Malè is an island that differs from all the others in the Maldives, due to its conformation, it looks like a city with buildings, skyscrapers, and paved roads where cars circulate, the inhabited center is always full of life, markets, fairs, and people walking.