Welcome to the Maldives Islands!

Have you ever leaned back in your office chair and imagined for a second that you were somewhere on a beach, surrounded by palm trees and calm waves? Well, the exotic place you’ve always imagined in your mind looks a lot like the Maldives Islands.

Located in the Indian Ocean, close to India, this small archipelago of islands is a popular tourist destination for people around the world who want to take a break from the stress of work.

TheMaldives is one of the best destinations when it comes to going on a luxury holidayand spending leisurely afternoons on the beautiful beaches, found on 1200 islands, many of which are unexplored and still wild.

For visitors, this archipelago is a true tropical paradise where they can escape the busy cities and cell phones. You can rest and enjoy the beautiful beaches and waters at one of the many luxury hotels and resorts, but we recommend that you don’t miss the rest of the island paradise.

It can be assumed that people living in the Maldives are happy, as they are able to experience every day what many others can afford only once in their life but, to tell the truth, their reality is far from perfect. The only sources of income for Maldivians are tourism and fishing, as their country has only rich waters and beautiful ocean shores to offer.

The lives and homes of the Aborigines do not resemble any of the resorts built along the beaches. The Maldives, in addition to offering luxury hotels and services, hide poverty between the lines. The people of the Maldives barely survived the great Asian tsunami more than a decade ago, which made their plight even more difficult. However, regardless of the political and financial problems they are experiencing, Maldivians are working to promote education, open up new industrial sectors and provide a robust health care program for all citizens.

The Republic of Maldives is located in the heart of theIndian Ocean, south of the Indian peninsula. 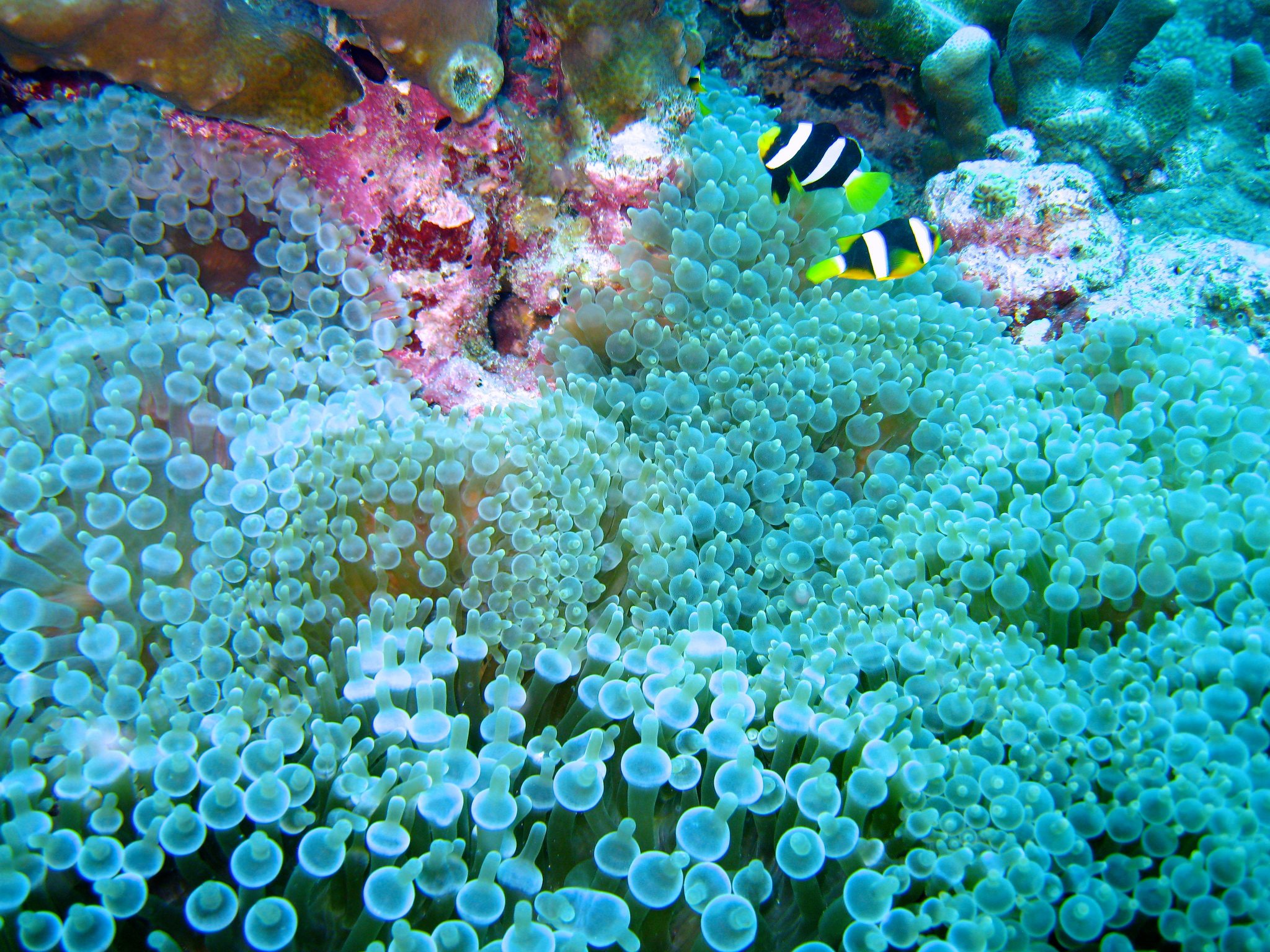 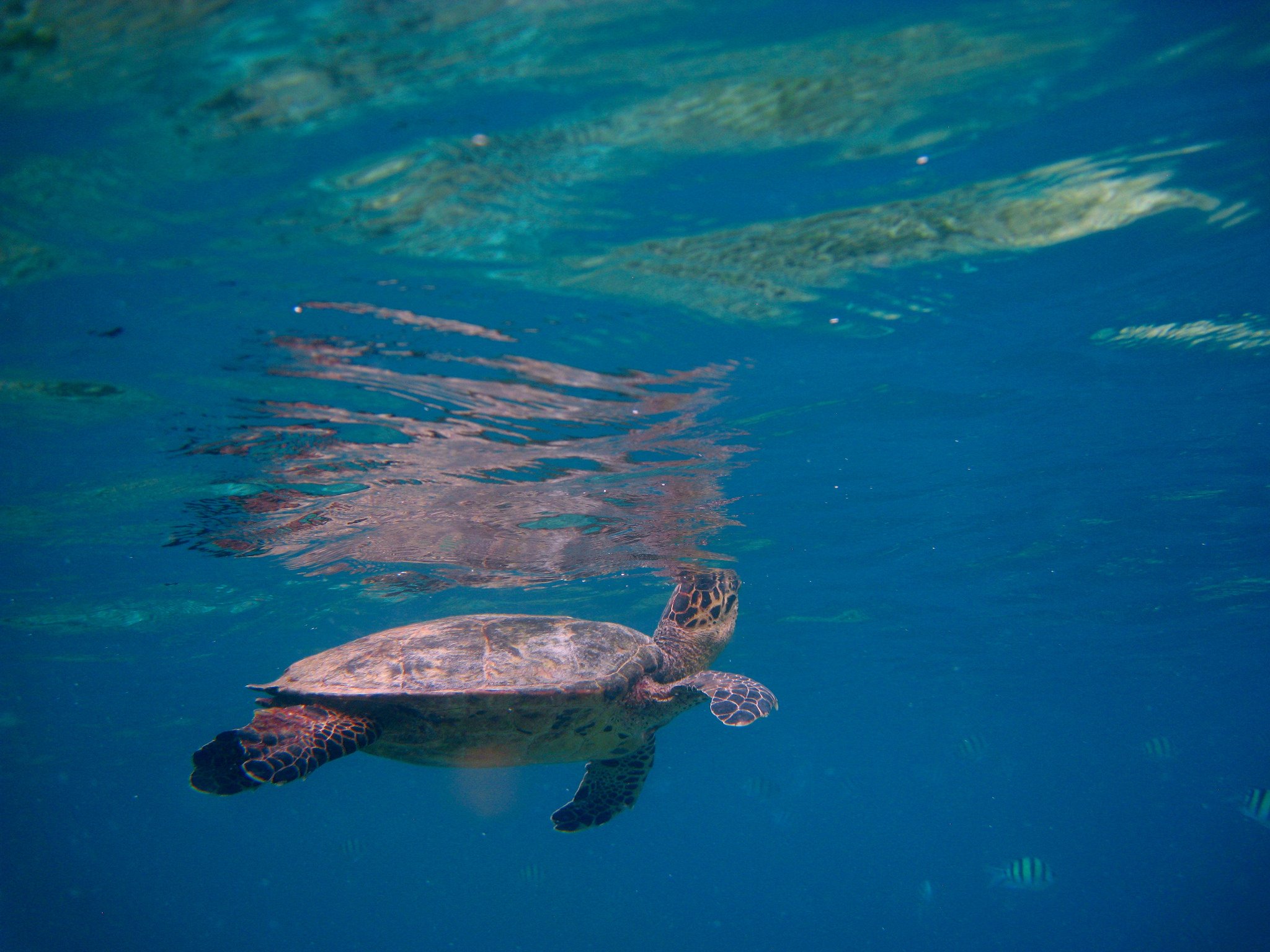 – WHERE ARE THE MALDIVES –

The Maldives are made up of a group of 26 atolls, in turn, made up of 1192 islands, of which about 200 are inhabited by the local population and about a hundred are used as tourist destinations in tourist villages.

The Maldives are a presidential republic, with a total population of about 349,110 inhabitants, on a total area of ​​300 km²-; there are 19 atolls that have political and economic importance in the social life of the state, and the capital is the city of Malé, in the part of the territory.

The main island of the Republic of Maldives isFua Mulaku, in the southern part of the archipelago.

The islands that make up the Maldives are arranged along the ocean barrier that divides the deep waters from the bathing ones, each atoll also has its own coral reef, which delimits the marine waters, forming small lagoons.

As we have already said, the local economy is essentially based on fishing and the tourism sector, the latter in strong growth over the last 10 years, the population is also employed in less developed sectors in the Maldives, such as crafts, industry, and agriculture, especially with the cultivation of sweet potatoes, cassava, and chilli, and the cultivation of fruit, such as banana, watermelon, and mango, while very important is the sector of boat building, the “Dhoni”, which are used to connect the atolls to each other.

Entry to the Maldives is allowed only with a passport that has a residual validity of at least one month from the date of return or 6 months if you make a stopover in Dubai or Doha, the visa is issued directly at the airport of arrival. 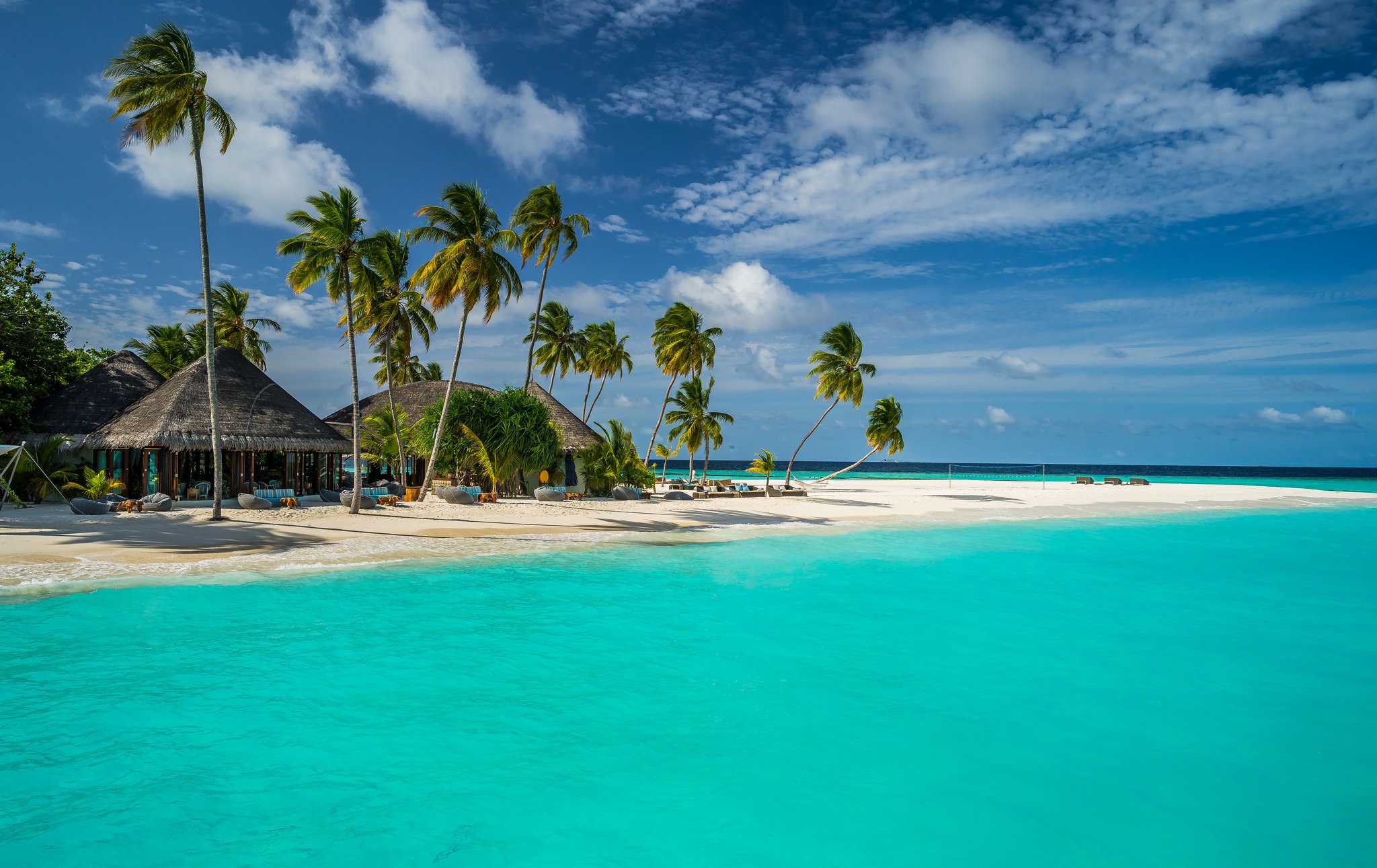 The Maldives has 26 atolls, surrounded by the clear blue waters of the Indian Ocean.

The word atoll in Maldivian is translated withatholuwhich literally means a ring-shaped island, the atolls were formed thousands of years ago by the accumulation of organic deposits, such as the remains of shells, corals, and other organisms. Theatollshave a circular shape and enclose a lagoon within them. This lagoon is connected to the ocean by means of ocean passes or openings in the reef for the exchange of water and the passage of fish and marine species.

The atolls of the Maldives are all wonderful and fascinating, immersed in crystal clear waters and rich in tropical vegetation, with fine white sand beaches, they are a true paradise.

But what are the 5 most beautiful atolls of the Maldives Islands?

– THE 5 MOST BEAUTIFUL ATOLLS IN THE MALDIVES –

This atoll is made up of 73 islands, 13 of which are inhabited. Since 2011, this atoll has been declared aWorld Biosphere Reserve by Unesco, due to the extraordinary variety of marine species that live in its pristine waters Baa Atoll is famous for diving, among the most famous points are Hanifaru Huraa, where manta rays and whale sharks reproduce, Dhigali Haa, where gray sharks can be seen, and Madi Finolhu, where black coralslive.

To the west of the capital, Male, the Ari atoll has 81 islands, eighteen of which are inhabited, the most important being those of Mahibadhoo and Maamigili. The atoll is very famous for scuba diving, among the most important locations Hammerhead Pointwhere you can spot hammerhead sharks and manta rays Manta Reefwhere, as the name suggests, it is very easy to admire the manta rays, Dhidhdhoo Beyruhere from May in September you can admire which whale, Kudarah Thilawith black corals and gorgonians and Halaveli Wreckhere is a sunken merchant ship.

This atollis one of the most exclusive of all the Maldives, for example, here is the luxurious Cheval Blanc resort. However, Noonu Atoll hosts few resorts and all of them are of high category.

This atoll is one of the most beautiful in the Maldives and, like all other Maldivian atolls, is a true paradise for snorkellers and divers. Here there are some protected marine areas such as that ofFushifaru Tila, in the protected areas it is very easy to spot the gray shark and many species of fish, such as the Napoleon fish, a lover of coral reefs.

It is one of the most particular atolls, in fact, the tourism here came much later than the other Maldivian atolls. The atoll is still wild and unspoiled in many ways.

– THE MOST BEAUTIFUL ISLANDS OF THE MALDIVES –

Of the nearly 1200 islands in the Maldives, some are truly unmissable, small oases surrounded only by the blue of the sea, with white beaches and dense tropical vegetation as a backdrop. 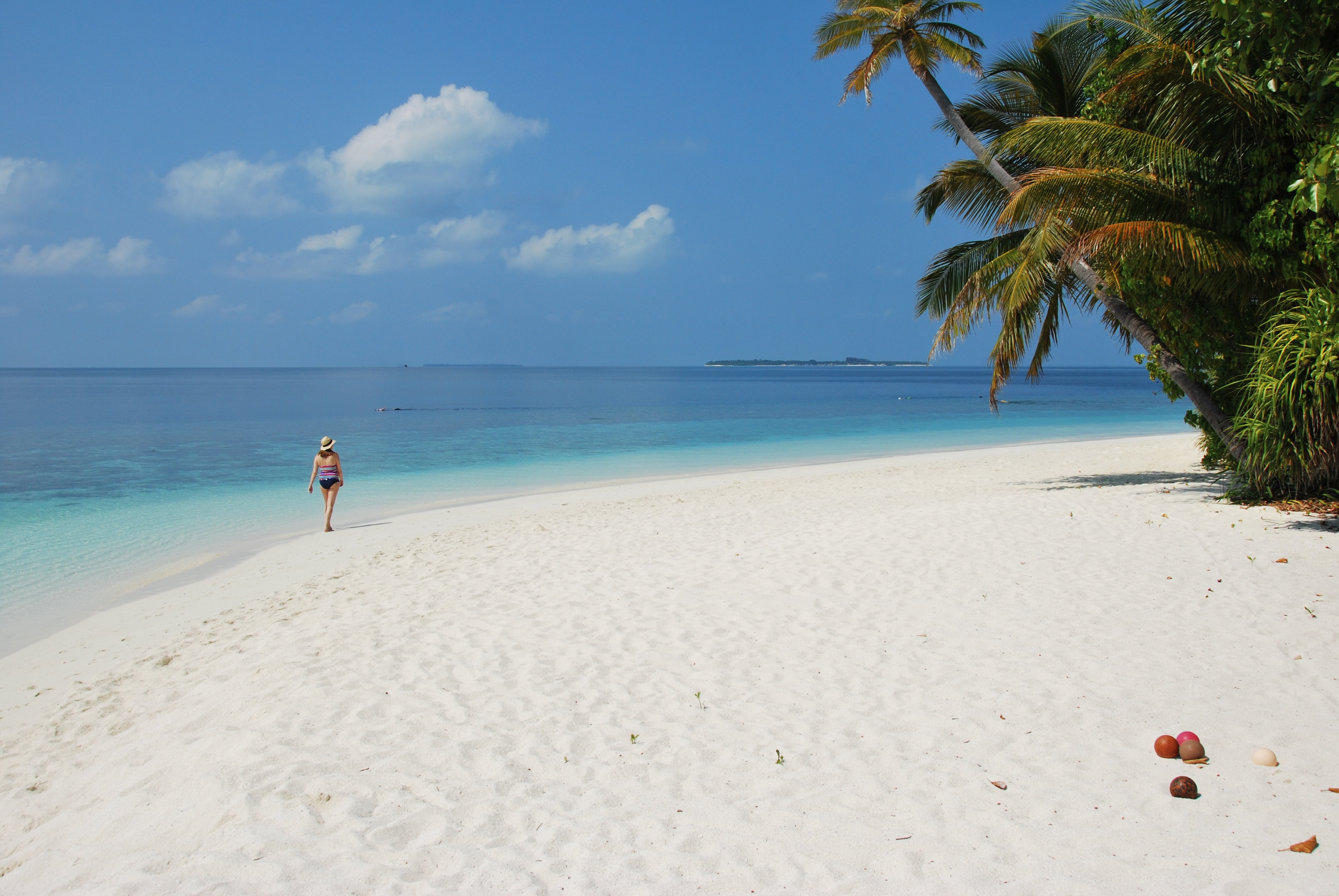 In the North Ari Atoll, about 70 km from Male airport, Madoogali Island is one of the best known in the Maldives. Surrounded entirely by beaches of fine white sand, it is famous for its reef. 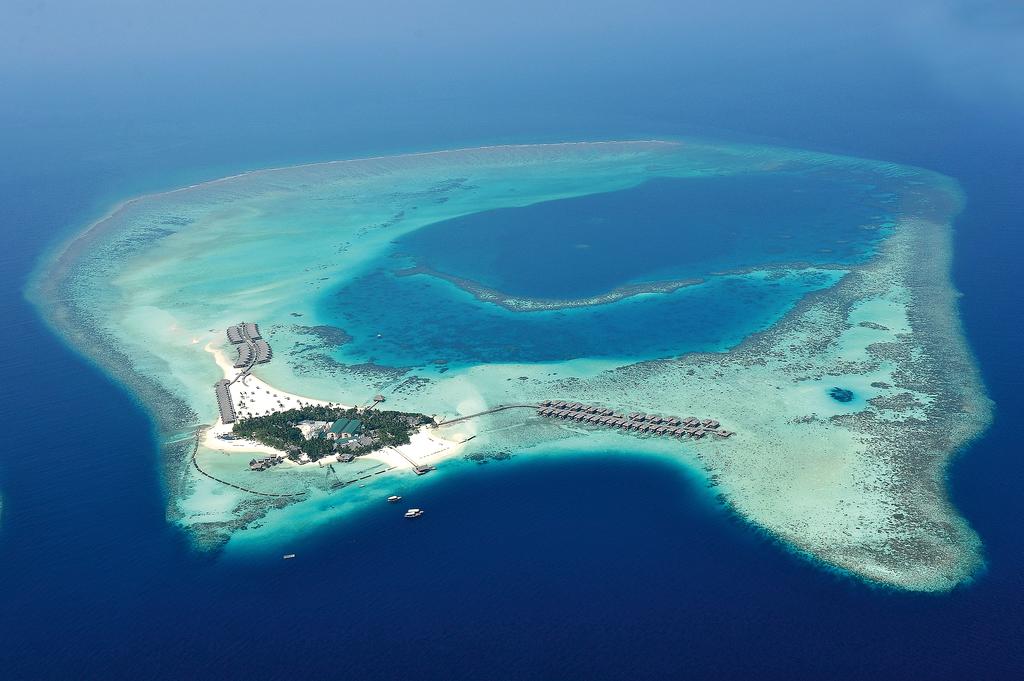 In the South Ari Atoll, this island is particularly popular with diving enthusiasts due to the extraordinary variety of species that populate its waters. 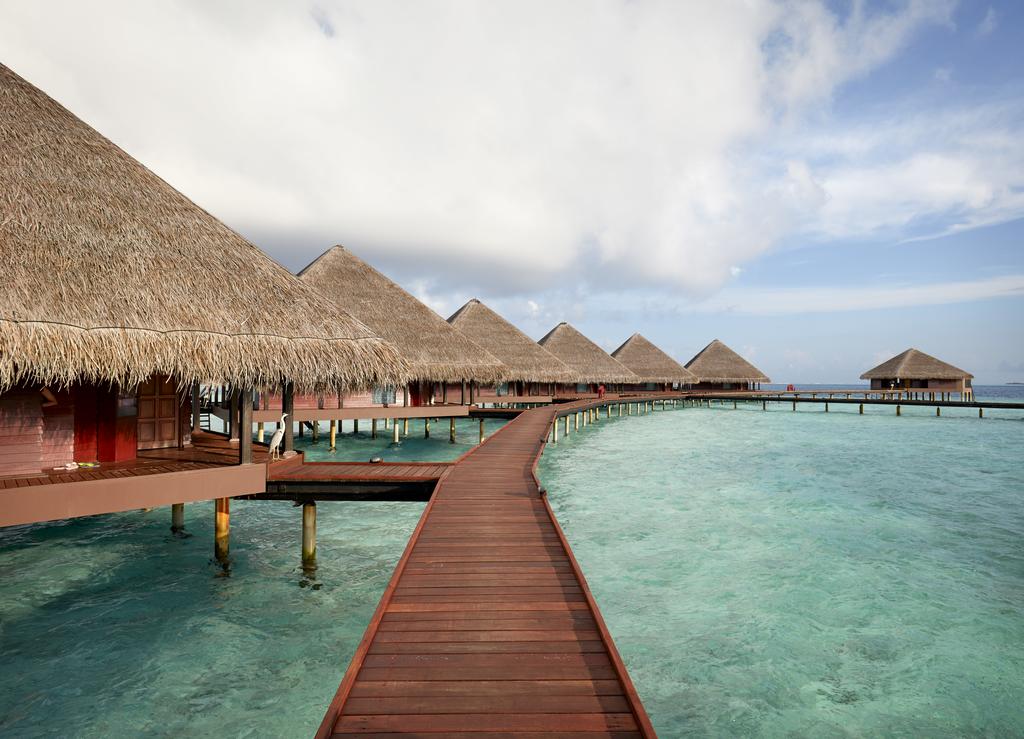 In the South Male Atoll, it is a small island of white sand 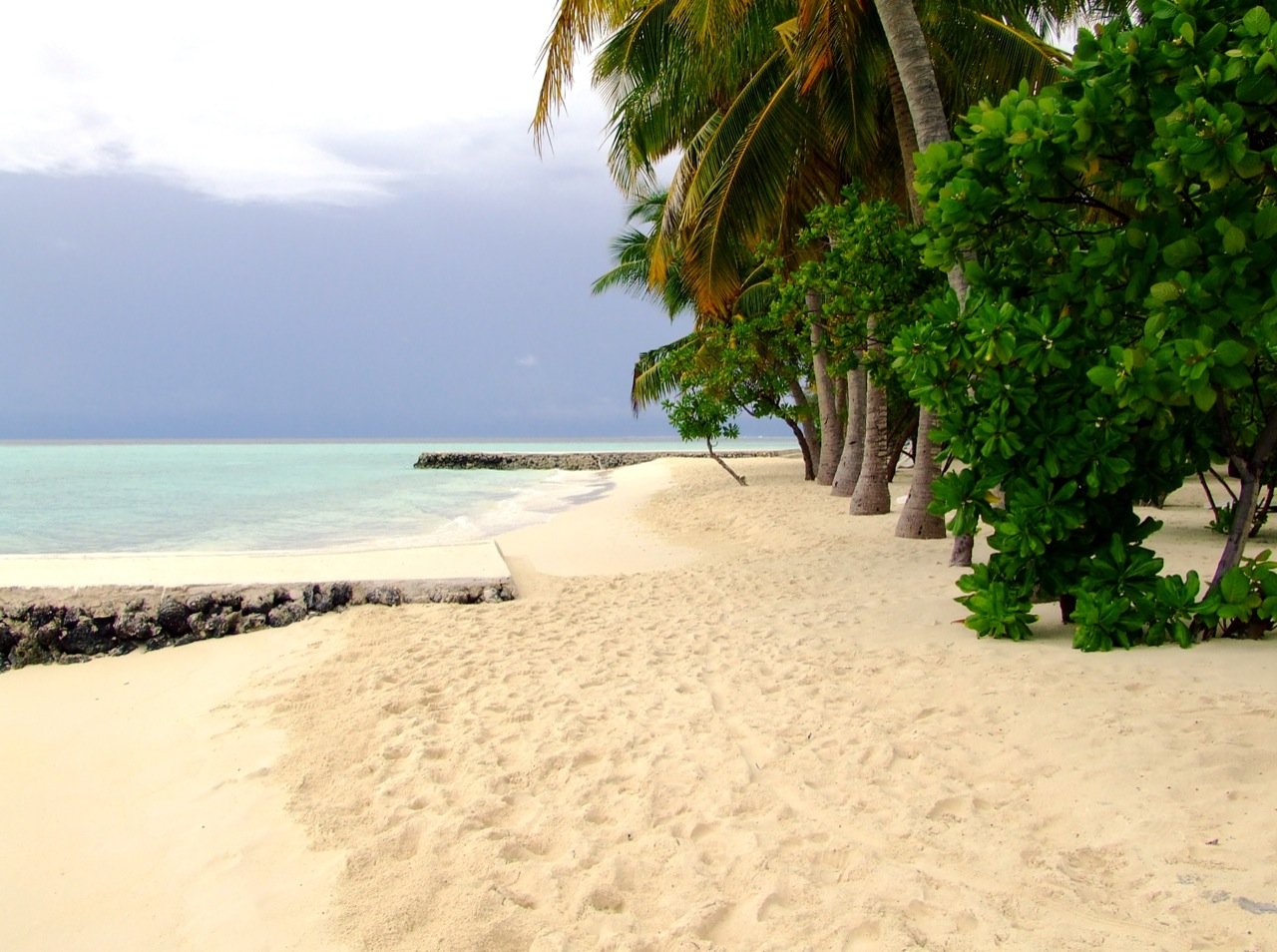 the island of Alimatha is small to medium in size and can be reached by seaplane or sailing boat from the capital, Male. The lagoon of this island is wonderful, inhabited by rays, sharks, and parrot fish. 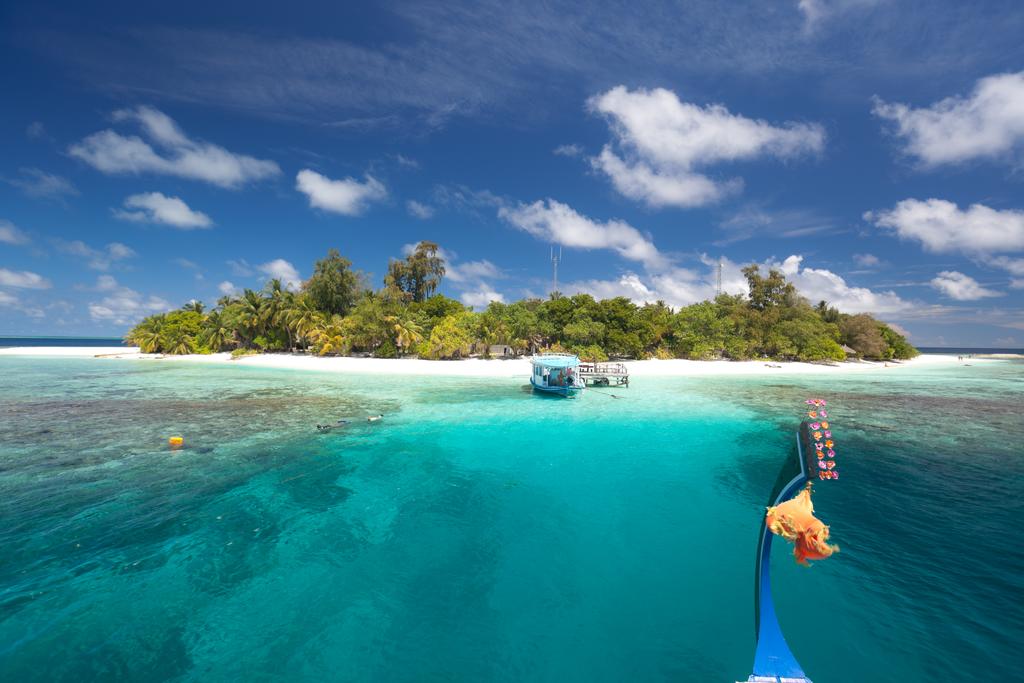 In the Ari Atoll, Bathala is a small island surrounded by the blue waters of the Indian Ocean. It can be reached in about 20 minutes by flight from Male airport. This island has one of the most beautiful and lush coral reefs on the atoll and is a paradise for snorkellers and scuba divers, in fact, you can meet turtles, sea eagles, reef sharks, and much tropical fish. 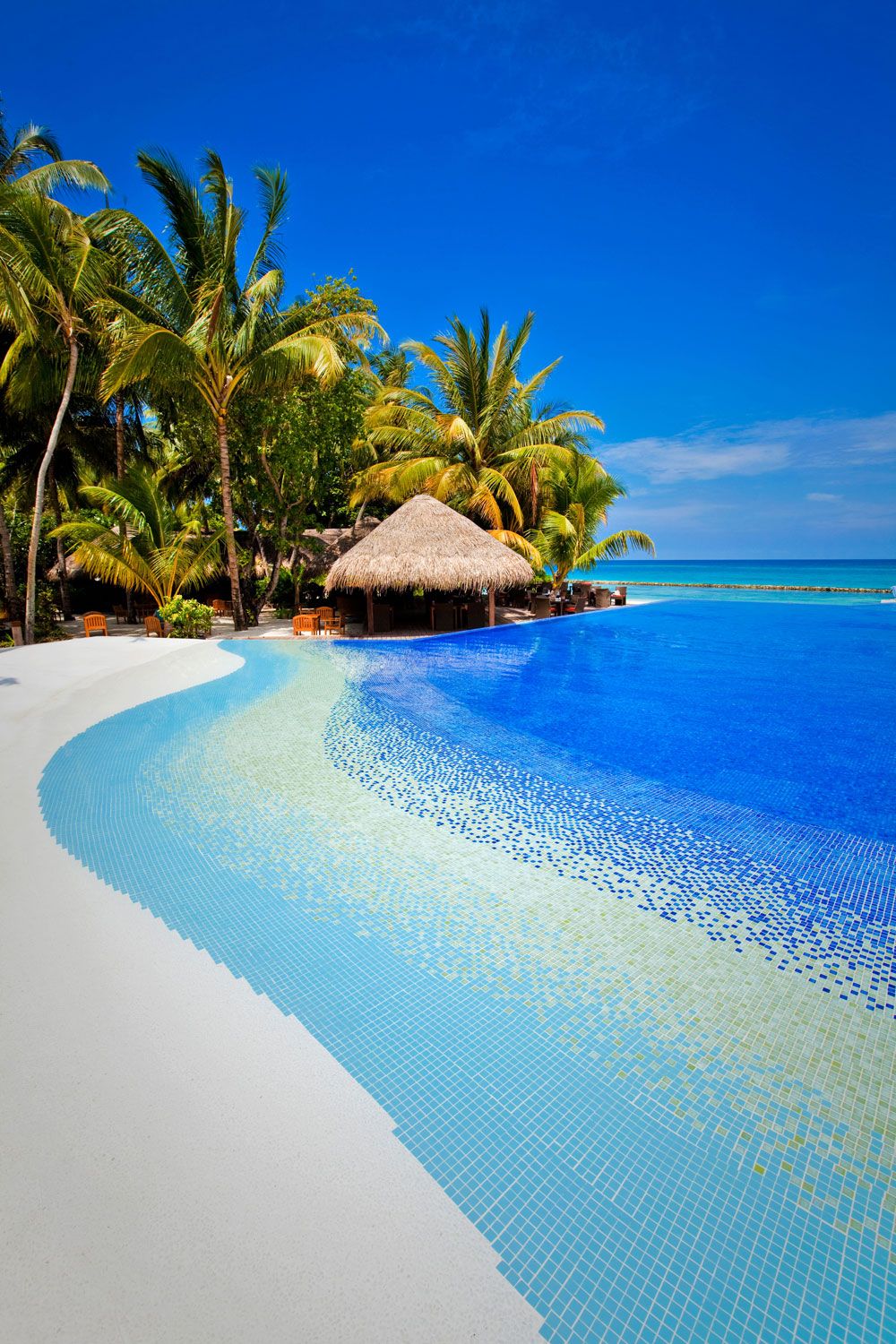 Small in size, it is located in the center of the North Ari Atoll. The coral reef surrounds the whole island, and while the lagoon is almost entirely missing, it is possible to admire many marine species.

Male is the capital of the Republic of Maldives, dedicate a few hours to it, and it will definitely be worth it!

Malehe smallest capital in the world, it extends for only 2kmq, with a population of 85,000 people. Chaotic and lively, Male is one of a kind, completely surrounded by the sea and connected to the airport, which is located on another nearby island, by means of a ferry service with routes every 15 minutes. T The city is divided into 4 four districts: Machangolhi, commercial area, Galolhu, residential area, Henveiru, administrative area, Maafannu, port area. A visit to the markets is not to be missed, the dry fish and fruit market, the fresh fish market, the fruit market, with lots of colourful tropical fruit. The Sultan Park, a beautiful public garden that houses the villa of the first sultan of the city and the mosque. 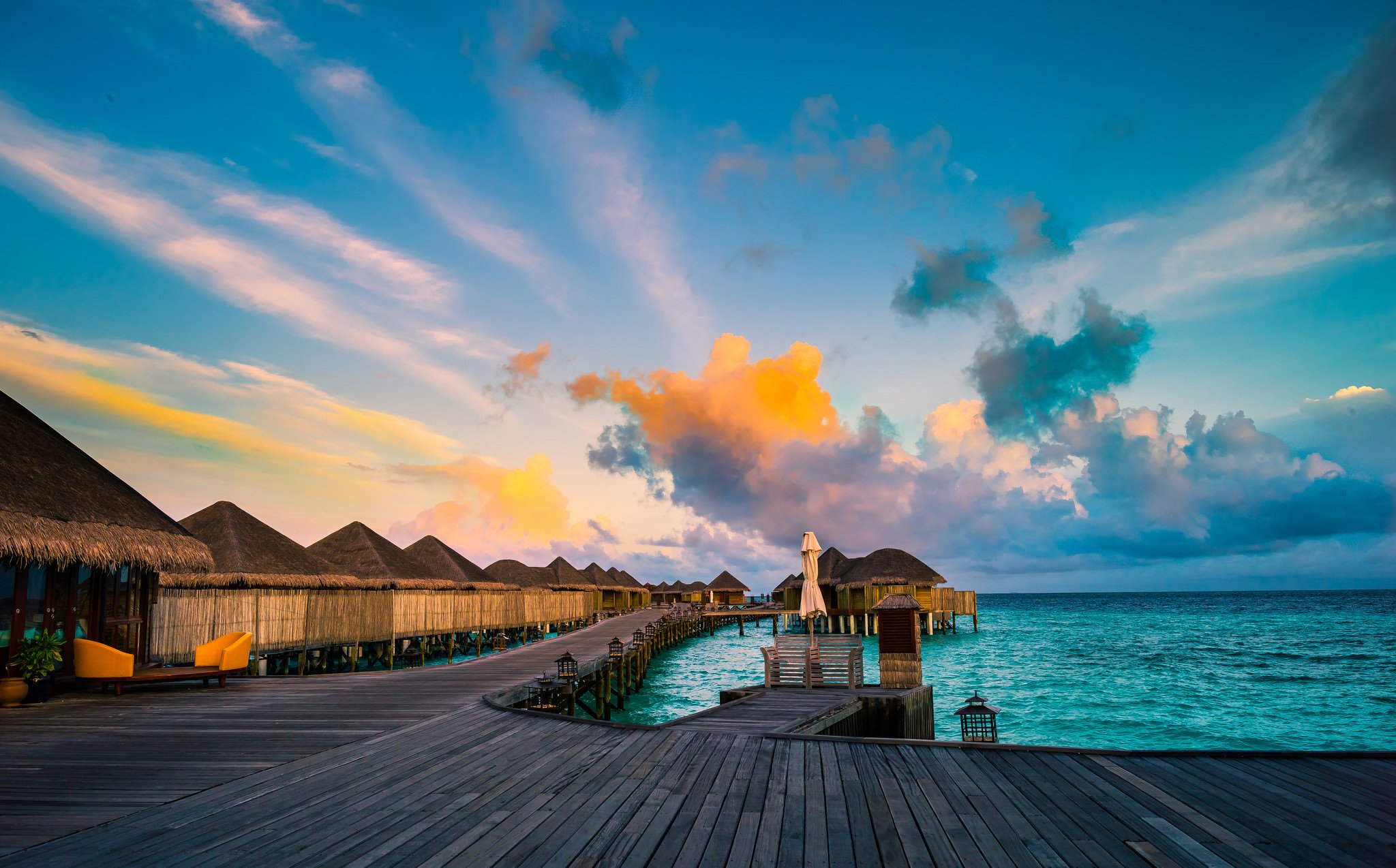 – WHEN TO GO TO THE MALDIVES –

What is the best time for a Maldives holiday? As for all destinations, also for the Maldives, there is a preferable season to go, due to climatic conditions, temperatures, and weather conditions.

The climate that characterizes the Maldives is tropical, the average annual temperature is about 30 ° C. Two seasons can be distinguished, one characterized by the presence of the Hulhangu monsoon, from May to September, with a humid climate and rain, and the other by the Iruvai monsoon, between December and April, with a dry climate and sunny days.
The best time for a holiday in the Maldives is from January to April.